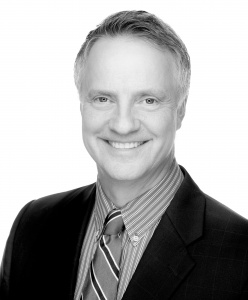 Chris served for many years as General Counsel for St. James Insurance Group, Inc. and St. Johns Insurance Company, Inc., both of Orlando, Florida. While representing St. James and St. Johns, Mr. McHattie concentrated on general corporate, insurance compliance and regulatory matters, and provided oversight for corporate legal affairs and litigation. Mr. McHattie continues to assist clients with Departments of Insurance issues and with the analysis and development of corporate policies and procedures based on regulatory and other industry changes, for example those created by the NAIC’s Own Risk Solvency Assessment (“ORSA”) and The Gramm-Leach-Bliley Financial Modernization Act.

Chris received his Bachelor of Arts degree from Seton Hall University and his Juris Doctorate degree from New York Law School. He was Notes and Comments Editor of the New York Law School Journal of Human Rights. He is or has been an active member of The American Bar Association and numerous Bar Association committees and sections, including Sections on Government & Public Sector, Tort & Insurance, and Intellectual Property and Franchising. 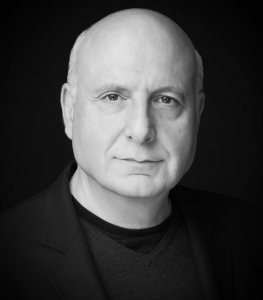 Robert S. Gregory, the former Chief Business Officer of Atlas Development Corporation and senior member of its management team, has recently joined the firm as of counsel.  Over the course of twenty-five years, initially as outside counsel, Robert helped ATLAS (a leading provider of healthcare information technology solutions to the diagnostics industry) grow from early stage technology start-up, to the market leader in its niche, with a client base of more than 200 hospitals, health systems, academic medical centers and centers of excellence throughout the country. He is particularly proud of his work as Managing Director of the company’s public health group, where he spearheaded the development of a next generation communicable disease surveillance system that remains the backbone for state and provincial governments in the US and Canada monitoring such diseases. ATLAS was acquired by Roper Technologies in 2015.

In addition to his involvement with overall corporate strategy, business development, sales and key aspects of client services, Robert was responsible for developing and managing the company’s standard contract practice, negotiating hundreds of software license agreements with clients, partners and vendors and was actively involved in numerous private and public sector RFP procurement processes.  Robert regularly appeared as a speaker at industry conferences, including the Executive War College for Lab and the Lab Quality ConFab, and was the principal architect of the company’s “Coordinated Diagnostics” vision.

Robert began his career as a clerk to the Hon Roger J. Miner on the U.S. Court of Appeals for the Second Circuit, after which he was an associate in the international tax practice at Sullivan & Cromwell in New York.  From 1990-2001, he built a solo practice representing creative entrepreneurs in the arts, entertainment, software technology and the internet. 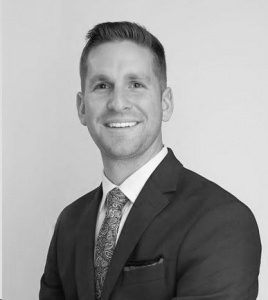 Michael Gattoni, Esq. is now officially an associate attorney with the McHattie Law Firm. We were fortunate to have him as our law clerk for over a year and are excited to continue working with him. Michael has a strong background in general corporate and intellectual property law. Since his admission to practice in New Jersey, he has provided the firm with efficient and effective performance handling matters ranging from corporate formation and organization to capitalization, maintenance, operating and shareholder agreements, put/call agreements, and the negotiation and preparation of joint venture agreements.

Throughout law school, Michael gained experience as an intern for Practical Law at Thomson Reuters, a legal intern at the State of New Jersey Bureau of Securities Office of the Attorney General, as well as a legal associate at RAS Citron, LLC. Michael received his Bachelor of Science degree from The College of New Jersey and his Juris Doctorate degree from Brooklyn Law School. Michael has even co-authored an article on crowd-funding in the Practical Law Magazine, which we happen to have in our reception area. When not at the office, Michael loves to spend time with his family, be outdoors and keep active with sports. 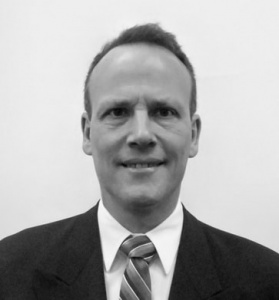 Jonathan Tyler has over fifteen years of experience in representing clients on intellectual property matters. He has successfully prepared and prosecuted a large number of patent applications in an array of technical areas including computer software, electrical, and mechanical technologies. He specializes in electrical and computer-related areas such as computer software, wireless networks, optical networks, data storage, signal processing, electromechanical devices, mechanical devices, and medical devices.

Jonathan has obtained hundreds of patents for a variety of clients including large technology companies as well as smaller companies and technology startups. He is adept both at working with inventors to analyze the particulars of an invention and at working with company executives and in-house counsel to manage and build a patent portfolio.

Jonathan received a B.A. in Physics from Dartmouth College, a Masters in International Affairs from Columbia University, and a J.D. from NYU School of Law. 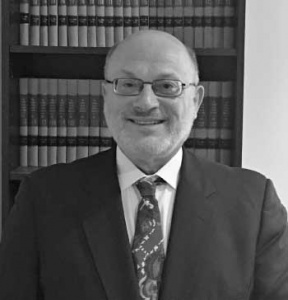 Bill has extensive experience as a patent attorney and engineer and brings a broad range of technical and legal knowledge to the firm. As an intellectual property attorney, he primarily focuses on patent procurement and preparation of legal opinions on freedom-to-operate, ownership, infringement, and validity issues. He has successfully prepared and prosecuted patent applications in the fields of chemistry, chemical engineering, environmental technologies, materials science, biomedical technology, tissue engineering, spinal and orthopedic technologies, and mechanical devices. He has directed patent prosecutions and investigations in a number of foreign jurisdictions.

Bill received a B.S. in Biochemistry from Michigan State University and a B.S. in Chemical Engineering from New Jersey Institute of Technology. He then went on to receive an M.S. in Environmental Engineering and a J.D. from Seton Hall University. 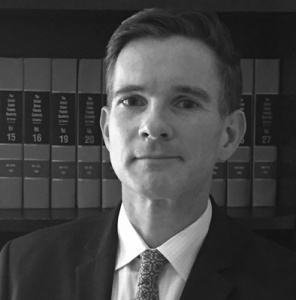 Brian concentrates on counseling in all areas of intellectual property practice. Of particular interest, Brian assists clients with their goals relating to patent preparation and prosecution, patent appeals, patent evaluation and monetization, patent enforcement, and patent and trademark portfolio management.

Brian routinely draws upon the many perspectives gained from tenures with the United States government and in the corporate and law firm settings to deliver the efficient, effective, and ethical representation that clients expect and deserve. Instrumental to these results has been a focus on active listening – a skill often overlooked and underestimated.

Brian received his engineering and law degrees from Villanova University, and employs their combined skill set to offer an analytical, yet big picture approach to problem-solving and other aspects of legal representation. Brian is or has been an active member of multiple organizations dedicated to the advancement of intellectual property rights. 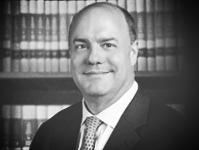 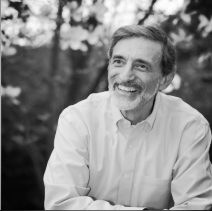 Jules D. Zalon is a New York and New Jersey attorney, specializing in trademark (including rights of privacy and publicity), copyright and entertainment matters. He has conducted an active nationwide litigation practice, having litigated trademark, copyright and anti-piracy cases in more than 30 states.

Jules has been practicing law for over 40 years. After graduating NYU Law School, Jules worked as a business affairs lawyer in the giant talent and literary agency now known as ICM. While there he drafted and negotiated contracts that covered the entire spectrum of the literary and entertainment fields. He subsequently established an Intellectual Property department for the Marvel Comics publishing empire, and then joined the prestigious boutique law firm of Linden & Deutsch. While there, he represented publishers (Macmillan; Houghton Mifflin; HBJ) and entertainment clients including the creators of numerous Broadway shows (“Annie”; “Bye Bye Birdie”) and producers (“Pippin”), as well as the music estate of Scott Joplin.

In 1980, Jules created the federal so-called “John Doe Seizure Order,” a procedure which for the first time enabled well-­-known entertainers and trademark proprietors to seize bootleg merchandise being sold by anonymous street peddlers, often at rock concerts and sports events, a procedure that revolutionized the souvenir merchandising business. This procedure formed the basis for the Trademark Counterfeiting Act of 1984.

Jules has successfully litigated against such industry behemoths as Fruit of the Loom and Amazon.

While continuing to manage his own practice, Jules has recently become “Of Counsel” to the McHattie Law Firm. 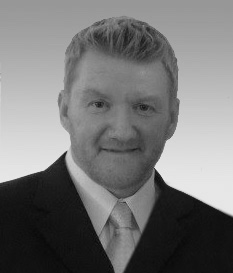 Edward McGinty has had a few distinguished careers prior to becoming an attorney.  He joined the US Navy after high school. He got through one of the toughest schools in the military, and became a Helicopter Rescue Swimmer. He was stationed in Japan and traveled all over the world. After serving his country he put himself through college. He worked full-time while going to school full-time. He graduated cum laude with a bachelors degree in finance. He then joined IBM where he became a Forensic Financial Analyst. Within 3 years he was managing over 30 analysts, and helped some of IBM’s largest clients become more efficient and profitable. However, the boyhood dream of becoming a lawyer never left him. He decided to make his dream a reality. His first clients came by way of a Child Advocacy Clinic in Law School where he represented children in foster care. He found that he had limitless energy and zeal when it came to fighting for his client’s rights. It was then that he knew he had made the right life choice, and his final career change. Today, he has chosen areas of the law that make people’s lives better. Specializing in Immigration, he has the opportunity to change the course of his client’s lives for the better; It’s not just a job for Mr. McGinty, it’s a calling.

Ed McGinty received his B.S. in Finance from Rutgers University and his J.D. from Rutgers School of Law – Newark.